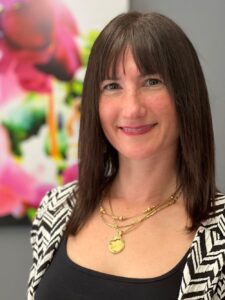 * Certified as a specialist in family law by the State Bar of California, Board of Legal Specialization

Mae Adkins, the principal and founder of Family First Legal, has been a practicing attorney in California since 2003, with a focus on working with individuals of all backgrounds who are engaged in family law and general civil litigation matters. She has been a certified legal specialist in Family Law since 2018.

In early 2009, Ms. Adkins completed her mediator training in accordance with the California Dispute Resolution Programs Act and has mediated disputes of all types, now primarily focusing on family law matters including divorces and separations, child custody and visitation, premarital agreements, and child guardianship matters.

Ms. Adkins stands out from other attorneys in her approachability, in her caring, nonjudgmental attitude towards each client, and in the comfort and trust she instills.  Ms. Adkins helps clients focus on solutions to reach strong and successful resolutions.

She is also a member of the California and San Francisco Bar Associations. Before becoming an enthusiastic mom of two boys, she served as a volunteer with and San Francisco’s Community Boards (the nation’s first and longest running neighborhood mediation program), Contra Costa County’s Conflict Resolution Program, sat on the Community Outreach & Education Committee of Community Boards, and was a member of Business Networking International (BNI).

Ms. Thompson has been a practicing attorney in California for over 20 years, with an emphasis on family law since 2013.

Ms. Thompson’s extensive experience working with clients of varied social and cultural backgrounds gives her a keen ability to listen and communicate with compassion and sensitivity. She understands that family law matters are intensely personal and emotional and takes the time to develop trust with her clients to work strategically to address their legal concerns in the most effective manner. Ms. Thompson has always worked hard to ensure that her clients have their positions effectively represented in court and that they are part of the court’s decision-making process.

Before starting with Family First Legal, Ms. Thompson served as a Staff Attorney for Legal Aid of Marin, working on family law cases for a mostly Spanish-speaking clientele.  She started her legal career in the Sacramento District Attorney’s Office and later the San Francisco City Attorney’s Office, were she served as a Trial Attorney for nearly 13 years.  She served on the Civil Litigation Team, representing city employees and city agencies in several areas of civil tort law.  For several years, she represented social workers in San Francisco Dependency Court.

After living in Spain for seven years, Ms. Thompson returned to California recommitted to doing helping people navigate the legal system.  She took a position for three years with the Yurok Tribe, California’s largest Native American tribe, providing civil legal assistance to tribal members, in state and tribal courts.  The majority of the cases involved divorce, custody, visitation and protective orders.  She also helped develop the tribe’s own Title IV-D Child Support system, which transferred cases directly from the state court system.  During this experience, Ms. Thompson realized the value and benefits that result from good representation in family law cases and recommitted herself to helping people in domestic situations.  She has dedicated herself to attempting to restore family harmony, protecting parental rights and attempting to ease the impact of legal conflict on families during their most sensitive and difficult times of reorganization. 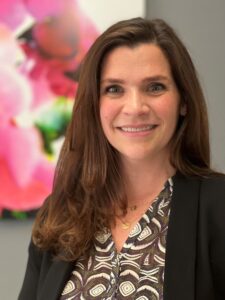 Originally from Mexico City, Ms. Cazeneuve was raised in San Diego and, after graduating law school, lived in Paris, France for ten years, where she worked as a legal translator and interpreter and a linguistic consultant in the finance sector.

After moving back to San Francisco in 2020, she knew she wanted to focus on family law, helping clients of all backgrounds navigate all aspects of a divorce case.

She is fluent in Spanish and French.

Please enjoy Ms. Adkins’ on-air video, speaking on her work and the practice of family law with the gracious host, Maryam Turab, of “Conversations with Maryam” – a weekly program that airs on WBT-TV in Silicon Valley.  WBT-TV is a wonderful community channel that brings local and South Asian (Bangladeshi, Indian, Pakistani, Sri Lankan) news, events, political discussions and current hot topics to the Silicon Valley community.